Why Managers Don’t and Won’t Delegate

Posted by: Jane Leonard
No comments

Why Managers Don’t and Won’t Delegate

I meet a business owner during the week and he asked my advice on how to manage a situation in his business. He has a key senior manager who is overworked and refuses to delegate to other members of his team. The manager has an onerous workload and deals with some of the most important clients. However,  he hoards information and client know 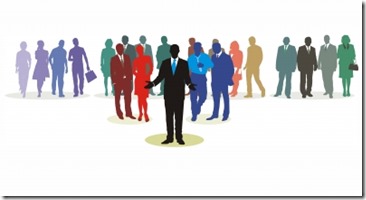 ledge and has his own processes which nobody else understands.

Although the owner initially spoke about this matter as a personality issue, it soon became clear that the tolerance of this behaviour represented a real element of risk to his business.

Managers who do not delegate may see the task or the department as “their baby” and for the good of the company, they are they only people who can and should complete the tasks. Perhaps, I should  send my business owner the Harvard Business Review article which describes Birkinshaw and Cohen’s report on How Knowledge Workers can Become More Productive.  Their research found that 41% of the managers’  day were filled with activities that could be competently handled by others. The managers cling to tasks that make them feel busy and therefore important. The behaviour of these  managers can create real bottlenecks in the organisation.

This can have a negative impact on the organisation in a number of ways:

In order to deal with the situation we have to try and understand why people behave in this way. Some reasons may be related to the ego and status, some may be trust issues. Sometime people genuinely believe that the senior managers want them to do all the work and that delegating some tasks would be seen as being lazy.

Some reasons why managers do not delegate

I suggested that the business owner needed to devise a plan to deal with the situation as soon as possible. It would not be easy to introduce a change or to persuade the manager to delegate some aspects of the work. There would be objections and resistance to the new strategy. A key part of the planning is the realistic and honest identification of some of the objections that might be raised.

Some Common Objections to Delegation

They might and in fact they probably will, the first time they attempt this task.   Delegate not Abdicate: Chose what elements to delegate and it what order. Give people feedback and help them to get it right.

It would be faster to do it myself.

Yes it would, at the moment. But if you give it time, others will be able to perform as well as you do. Besides, you could take that time and do something more valuable to the organisation.

People will think I am lazy.

Wrong, the people who matter will think you are smart and are expert at  developing your team.

It is possible to resolve this situation and help this manger to delegate.

All too often business owners or senior managers avoid dealing with this behaviour because it is too difficult.This is such a pity, because not only do the managers lose an opportunity to change, but the organisation also suffers when unproductive patterns of behaviour are tolerated. By encouraging a culture of honest feedback and collaboration you have the potential to develop your staff and create a more successful organisation.