Horrible Boss – Could that be you?

Posted by: Jane Leonard
No comments

Victor and the gang at Cork Talks Back at Red Fm have asked me to take part in a radio discussion comparing the Blockbuster Horrible Bosses to the real-life workplace.In the film, Kevin Spacey, Jennifer Aniston and Colin Farrell play evil executive who torment their employees to the point where they want to murder their bosses. Many people will go to this film, laugh out loud at some of the antics and secretly recognise some of the phrases or schemes as part of their working day. The bosses in this film are based on the writers’ own experiences with previous bosses. They are not the only writers who have brought horrible and unreasonable bosses to our  screens as entertainment. Consider Basil Faulty in Faulty Towers, Danny De Vito in Taxi, Darth Vader in Star Wars, David Brent in The Office, Mr Burns in the Simpsons or Gordon Ramsey in almost anything.

At least in the film the bad bosses make  it look fun, but for many people, having a bad boss isn’t that funny. I think it is sad that many people will identify with those beaten-down, confused, miserable and resentful employees who report to these bosses and  who spend Sunday night dreading Monday morning. I have met these “soldiers” and their bosses and sometimes it is just a toxic situation.

But as I  was preparing some notes for our conversation, it occurred to me that not all Horrible Bosses are Horrible people.  Sometimes, they are  just people who were promoted because they were brilliant at their original job. They receive very little training in how to manage, motivate or even talk to their team. They may be struggling to juggle meetings, emails, clients, customers and their own boss. They are so concerned with the “important” things that they  simply haven’t the time to even consider their relationship with their team or even  if they are a good boss.

This discussion is based on (mostly) fictional characters but these characters provide important lessons for real world bosses and the employees who have to work with them. If you have any doubts read on,to find out if without  oticing it,  you may have be acting as the Horrible Boss.

The bosses who behave like Mr Burns are seen as powerful, competitive and are much feared businessmen. In fairness to them though,unlike him, most have not tried to block out the sun.

These bosses  are often more misunderstood than really Horrible. They walk around, micro managing the team and their activities and at the same time can’t remember peoples’ names or other important  details.  They are often  generally unaware that people dislike them and manage others the way they were managed in the old days.

In spite of their controlling behaviour and focus on profits, they may not be successful. Where there is no real leadership or engagement,  work may resemble an episode of the Simpsons where Homer is goofing off, playing hooky, or making huge mistakes that always go overlooked.

You will never have another boss like me. Someone who’s basically a chilled-out entertainer.”

David Brent, antihero of The Office, the man who cherishes his “best Boss in the world mug”. No one can explain how he became the boss, but most viewers assume it was some sort of gaffe on the part of senior management.

Brent’s approach to management is to be a friend first, boss second. But dancing around like a chimp in The Office, being politically incorrect and believing that he is in the running to be the next chief executive of Microsoft, make David Brent nothing short of a walking disaster.

Every time he says something he demonstrates the importance of communication. It‘s not what you say and how you say it, it’s how it is heard and understood by others.

Bosses who behave like Brent often genuinely believe that they are loved and that the office is not as much fun when they are not there.  They may crack jokes or try to be one of the gang but it seldom works. 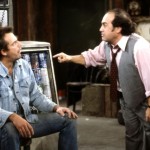 This is one for the seniors. An oldie but a goody, no list of terrible bosses could be omplete without Louie from Taxi, a  1970’s TV show. Back then he was  the sleaziest boss on television.

The head dispatcher for the Sunshine Cab Company, Louis spends the bulk of his time holding court inside the caged-in dispatch office and trading insults with the drivers. There was no action  beneath this guy, he boasts about his misdeeds.
He was played Danny DeVito, who really seemed to relish the role.  He spies on  his female drivers, disregarded the  safety of his drivers or cabs, and hurled insults from the safety of a dispatch cage. He was the boss everyone loved to hate. 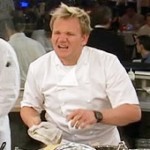 I sincerely hope that  Gordon Ramsay’s character is played up for the TV shows. He screams at the cooks working in his kitchen,and even at the restaurants he is trying to save. How does he convince people  to work with him or for him in the first place?

There was a tendency in some managers to  model themselves on Gordon in the belief that he is at the top of his game. The tactics he employs may seem effective on the screen but they also require that he be present  to shout at people, in order to get things done.

He has been known to throw things, get spitting angry, and otherwise be a terrible boss.US critics have  accused the shows of being more about humiliation than cooking.

Recent events in his business would seem to indicate that he needs to learn that being an effective leader does not require shouting at  80 decibels and having a scary, throbbing vein in your temple.

« Making Yourself and Your Team More Productive
Creating your CV »